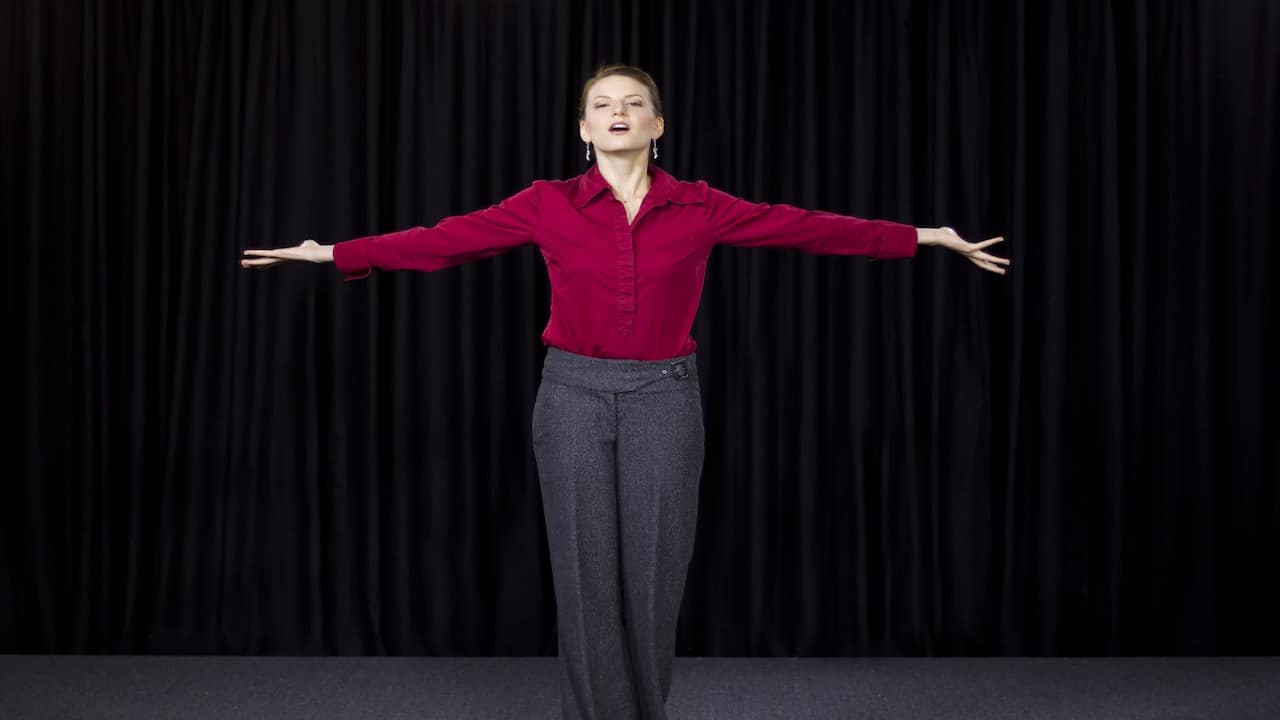 Stage hypnosis is hypnosis conducted in front of an audience for entertainment, typically in a theatre or bar. The hypnotist’s job is to put on a show the viewers will enjoy. Stage hypnosis is usually more of a comedic display than a showcase of persuasion abilities.

Stage hypnotists perform preliminary suggestion tests to carefully look for volunteers from the crowd to act as their subjects. The hypnotist can pick out people who seem trustworthy, extroverted, and willing to perform from the audience. The hypnotist begins by asking the volunteer to visualize common scenarios that they are likely to experience, such as being cold or hot, hungry or thirsty, and then progresses to suggesting that they do something entirely out of character, such as tap dancing or even forget their name.

Initially, hypnosis was known as mesmerism and was popular in the 18th and 19th century when hypnotists would tour places putting on shows. Back then, hypnosis had a theatrical aspect to it, often serving as entertainment for people.  Clinical hypnotherapy would originate from stage hypnosis, with James Braid serving as the founding father.

In the past, countries around the world like Denmark and some states in the USA outlawed stage hypnosis. However, the majority of the countries have revoked the laws or no longer uphold them. Unfortunately, many people are sceptical about stage hypnotism and do not believe in it; it could be because many hypnotists employ a combination of misdirection and outright deception.

What is the Difference Between Stage Hypnosis and Hypnotherapy?

Hypnotherapy, often known as guided hypnosis, is a form of psychotherapy that involves relaxation, acute meditation, and concentrated focus to reach a higher level of consciousness or mindfulness. In other words, it induces an altered mental condition.

The hypnotherapist induces a trance-like state on the subject using various relaxation techniques such as deep breathing and visualization. Once hypnotized, the subject is more responsive to suggestions and guidance from the hypnotherapist and can explore any issues they may have, such as traumatic experiences or repressed memories.

Hypnotherapy is used in conjunction with other aspects of psychotherapy such as cognitive behavioral therapy to treat and manage conditions such as:

Clinical hypnotherapy is also helpful in pain management during birth and in resolving medical conditions such as psoriasis. Other benefits of hypnotherapy include improving sleep and communication in relationships. On the other hand, stage hypnosis, also known as stage hypnotism, is a form of hypnosis where a hypnotist looks for volunteers from the audience to act as subjects. Stage hypnosis shows often serve as entertainment, a source of fun and amusement for the audience.

The hypnotist uses theatrics, psychological illusions, and even deception to entertain the crowd. Unlike hypnotherapy, where one needs to be a certified professional to perform hypnosis, stage hypnotists do not always have the qualifications despite being as good, if not better, than hypnotherapists.

There’s a vast difference between a stage show and a hypnotherapy session. In stage hypnosis, the hypnotist will induce hypnosis in a subject to evoke a physical reaction for the audience’s amusement. It’s all fun and theatrics. On the other hand, a hypnotherapy session involves the hypnotherapist using hypnosis on the client to evoke an internal response; this response is used to create long-term changes within the individual.

The stage hypnotist is a professional user of theatrics, relying heavily on his confidence, showmanship, trust, and his subjects’ ability to execute basic tasks. This is unlike the hypnotherapist who depends on his or her comprehension of the human psyche, a supportive and compassionate demeanour, knowledge of the hypnosis phenomena, and people who are willing to consider help with the transformation they want.

How Do Stage Hypnotists Work?

A stage hypnotist can quickly ‘weed out’ the suspicious, the timid or very shy, the determined-to-prove-they-can’t-be-done, the neurotic, and others that have been pulled unwillingly into the stage by their ‘friends,’ leaving just the most easy-to-work-with subjects.

Before the hypnotist begins to look for volunteers from the show, they first explain to the audience what to expect. Tell them that the participants will be conscious of what they’re doing and will be relaxed.

They will speak calm and even tone and may even crack a joke to get the audience to loosen up.

The hypnotist will test the people for suggestibility, self-selecting only the eager people. The best candidates are those who already believe in hypnotism and have an open mind. These qualities make them easier to hypnotize. It’s best to hypnotize one person at a time.

Give your candidate a comfy chair or somewhere to lie down; it’s essential to help them relax. The hypnotist will then tell them to fix their eyes on a slowly moving object such as their finger.

The hypnotist will encourage them to take long, deep breaths through their nose and out through their mouth. Later on, they will tell the person to shut their eyes and relax their neck and head until they’ve mastered deep, relaxing breathing. This will enhance the simulation of sleeping and put the client into a more relaxed condition.

It’s also common for a participant’s head to fall backward rather than forwards. To avoid discomfort or neck pain, they might softly tip their head towards their chest if this happens.

The hypnotist may say something like, “Imagine yourself in the warmest, coolest spot you’ve ever been, and let the warmth and safety wash over you.”

The performer will instruct the participant to count from a particular number going backward. You could say to them, “Now mentally begin counting backward from 100. Imagine a number floating backward as soon as you think it.”

7. Asking the participant to open their eyes and give them a suggestion.

The hypnotist may say to them: “hop around like a rabbit” or “clap your hands.” A more confident hypnotist may give more complex tasks to his subjects, such as asking them to show various emotions on their face. A good hypnotist knows how to use the best suggestion to get the best reaction from his audience.

The hypnotist will release the participant from the process. You could say: “I’m going to count backward from 5 now, and when I hear 1, you’ll be free of hypnosis.”

What are The Four Stages of Hypnosis?

Hypnosis usually begins with a short talk with the client; the hypnotherapist uses it to calm any fears or anxiety the participants may have, gain consent, and provide information on what will happen throughout the process.

To hypnotize someone, you need to understand the four fundamental concepts of hypnosis:

Here, you put the person in a trance using eye fixation and relaxation methods.

At this stage, the hypnotist deepens the trance. There are various methods to deepen hypnosis, such as breathing techniques and the use of visual imagery.

The hypnotist will give the person suggestions just before the end of the process. They are used to modify behavioral dysfunctions, negative emotions, and harmful habits.

The last stage of hypnosis involves the termination of the hypnotic trance. A good example of how to conclude the session is to count down numbers. You don’t want to jerk a hypnotized patient awake.

A hypnosis session follows four phases, these are:

Here, hypnotherapists seek to capture the focus and awareness of their subjects by speaking to them in a manner that draws them to you.

The critical faculty is the part of the brain that is disbelieving; it uses reasoning and logic to resist the hypnotist. The unconscious mind is more open to hypnotic suggestions and metaphors after the critical faculty has been bypassed.

An example of unconscious response is the activation of the salivary glands and is the hallmark of a successful hypnotic induction. These bodily effects result from the client’s unconscious mind reacting to the thoughts and visualizations you helped them make.

Once the client is in a hypnotic state, hypnotists use suggestions and metaphors to create immediate or later changes.

What Does It Feel Like to be Hypnotized on a Stage Hypnosis Show?

A hypnotic trance feels like you are asleep, except that you are still awake. It’s similar to being in the “zone,”; a state of total concentration when you are engrossed in a task or perhaps lost in thought. This means you can hear and smell anything around you, but your eyes are usually closed, and you aren’t moving. You’re just relaxing and resting comfortably.

Your breathing slows down, and your muscles become relaxed. The depth of hypnosis has little influence on its effectiveness. Instead, it is a question of the level of skill the stage hypnotist has to aid you in experiencing something special.

People who are hypnotized may seem like they have lost control of themselves, but they haven’t. They’re just calm and relaxed.

Although scepticism remains regarding stage hypnotism, it is a source of entertainment for many people who attend the shows. A proper hypnotist understands the power of suggestion and knows how to employ it.