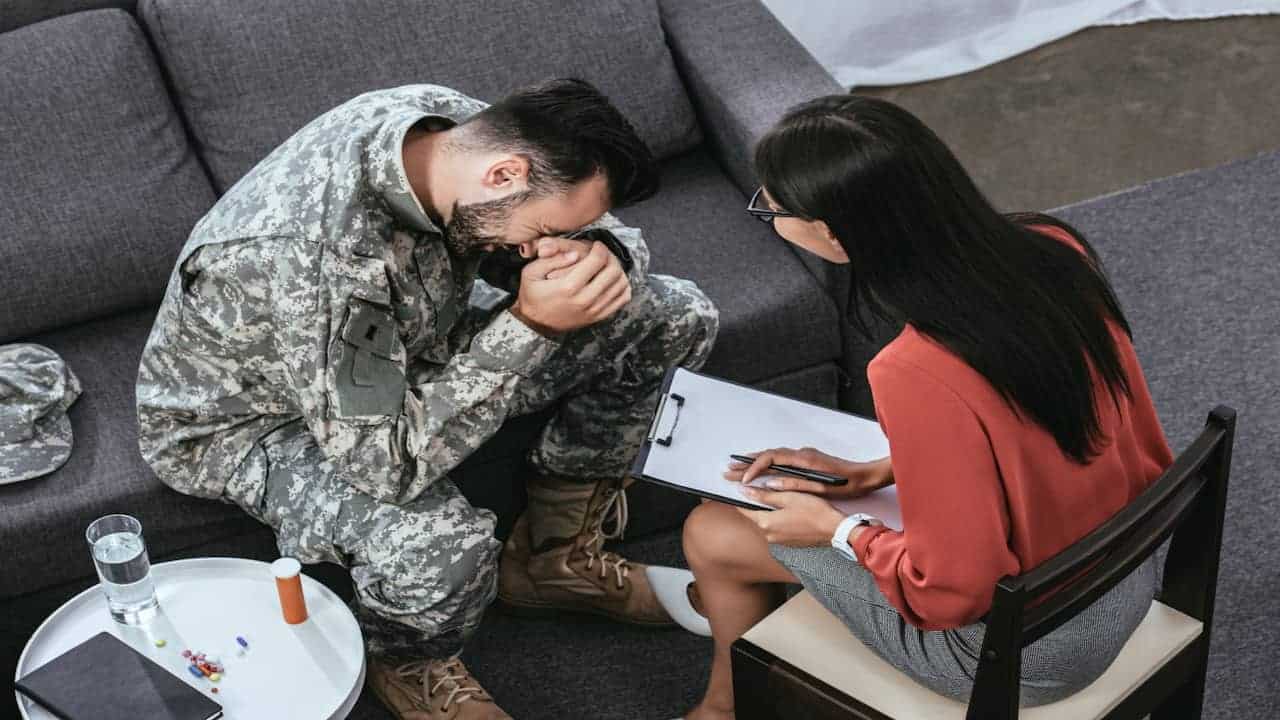 Hypnosis is used for a variety of symptoms and conditions. In fact, some people use hypnosis therapy to overcome various addictions, fears, depression, and more. It stands to reason, then, that professionals would attempt to utilize hypnotherapy to treat a traumatic experience.

Indeed, many people have benefited from hypnotherapy to deal with traumatic memories and events, such as relief from PTSD symptoms. With such a wide variety of post-traumatic stress disorder (PTSD) symptoms, it makes perfect sense to use hypnosis to dig deep into the subconscious to eradicate distressing memories and emotions. Could this be the answer you’ve been searching for?

Does Hypnosis Work for Trauma?

There have already been significant findings on the matter of using hypnosis to treat things like anxiety or to improve relationships. So it’s little wonder that hypnotherapy can be an effective treatment for post-traumatic stress disorder.

Anyone who suffers from PTSD will tell you how debilitating the condition can be at times. For anyone unfamiliar with it, take a moment to examine PTSD and its symptoms.

Post-traumatic stress disorder (PTSD) is a mental disorder that some people develop as a result of experiencing or witnessing a traumatic event. Such events can include but aren’t limited to:

PTSD wasn’t always known as such. In the past, traumatic events like those listed above were simply called “shell shock” or “combat fatigue,” depending on the era. Over time, it was learned that PTSD isn’t confined to those who went through war or combat.

Who Does It Effect?

PTSD can happen to anyone, regardless of race, culture, or nationality. It can also happen to people of any age. Moreover, PTSD presently affects roughly 3.5% of American adults each year, and it is estimated that one in 11 people will get a diagnosis of PTSD at some point in their life.

It’s also worth noting that it’s twice as probable for women to suffer from PTSD compared to their male counterparts. In addition to this staggering fact, there are three ethnicities that have a greater likelihood of experiencing PTSD compared to non-Latino white groups. They are:

These statistics lend further credence to the need for safe alternatives to prescription medications in the fight to treat PTSD.

What Are the Symptoms?

People who suffer from PTSD experience disturbing memories and emotions related to a traumatic event. These feelings can remain long after the end of the trauma, as well. What’s more, sufferers of PTSD can relive each traumatic event through nightmares or flashbacks.

They might feel sad, scared, or angry and sometimes even feel alienated from others. Many individuals who have PTSD symptoms actively avoid people and situations that remind them of their trauma.

For example, combat veterans may avoid fireworks celebrations like the 4th of July because the loud sounds remind them of explosions during times of war. The subconscious mind attributes these triggers as one and the same, making it hard to tell the difference between an associated response and the real thing.

The diagnosis of post-traumatic stress disorder requires exposure to disturbing traumatic events. It’s important to note that exposure doesn’t always have to be a first-hand experience. Instead, PTSD can manifest from indirect trauma.

For instance, PTSD can occur when someone learns about the death of a friend or close family member. It might also occur from repeated exposure to terrible traumatic details, such as a law enforcement officer hearing about child abuse cases over the course of their time in the field. 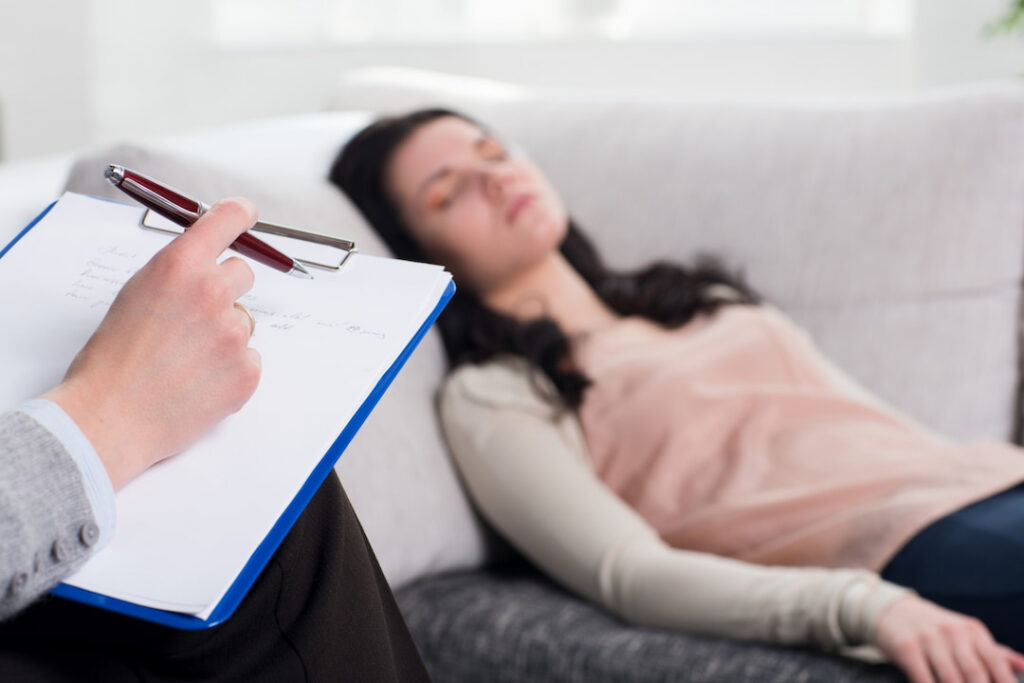 As you can imagine, it requires rather intensive medication(s) to even come close to relieving the subconscious of such trauma. And with these medications often comes side effects that can’t be identified until well into treatment.

As such, there are all-new risks involved that, quite frankly, sufferers of PTSD aren’t willing to subject themselves to. The need for a safer and possibly even more effective treatment option must be considered.

That option is hypnotherapy.

Check Out Hypnosis for Trauma

What Are the Side Effects of Hypnotherapy?

Unlike medications, the side effects of hypnosis are limited and far less risky. For example, a patient under the clinical watch of a trained hypnotherapist is unlikely to experience negative symptoms after a hypnotherapy session.

The same is true for a person utilizing self-hypnosis at home. The only side effects of hypnotherapy recorded are:

As such, hypnosis is deemed safe, and there is plenty of evidence-based research that shows hypnotherapy to be effective in reducing a litany of symptoms, including those related to trauma.

Is Hypnosis a Good Way to Recover Memories?

Using hypnotherapy to draw out hidden or obscure memories might be unreliable. Although it is generally believed that hypnosis can indeed produce accurate memories, research shows that hypnotherapy is not effective as a method of memory recovery.

What’s more, people who undergo hypnotization are often confident that the memories they recall are accurate. This, of course, can result in false memories and confusion over past experiences. Still, these occurrences are limited and don’t reflect the norm for hypnotherapy results.

Hypnosis for PTSD: How It Works, Effectiveness, and Examples

The use of hypnosis for PTSD was first published back in 1990 and has seen widespread, ongoing support over the years. The initial research showed that hypnosis is related to the treatment of PTSD for a couple of reasons.

First, there are similarities between PTSD symptoms and hypnotherapy. And second, the use of hypnosis as a treatment tool.

Physical trauma causes a sudden interruption in emotional and cognitive experience, and this interruption usually persists after the trauma ends. This can lead to symptoms such as an invasive revisiting of events, psychogenic amnesia, hypersensitivity to certain stimuli, and reactive numbness.

At the time when the research was first published, there were two studies that revealed Vietnam veterans suffering from PTSD scored higher than normal levels of hypnosis in standardized tests.

The Effectiveness of Hypnosis for PTSD

Formal hypnosis procedures are particularly useful due to people with PTSD being shown to be highly hypnotizable. Furthermore, hypnotherapy allows for the controlled access of memories that would otherwise remain out of consciousness.

More modern uses of hypnotherapy in PTSD victims include combining dissociated trauma with the positive reconstruction of these memories. Hypnosis can then be used to help people face the traumatic experience and come to terms with it by injecting the memory of the event into a new environment or context.

The idea is to allow the victim of PTSD the opportunity to admit their helplessness in the event and associate the experience with all-new, positive memories. So rather than feel guilt or dismay over the murder of a friend, for example, hypnotherapy will serve to realign thinking with memories of love and protection.

At other times, hypnotherapy might be used to help the victim of PTSD share feelings of a traumatic event with friends or family or to control their emotions.

Check Out Downloads for Trauma Hypnosis

Essentially, hypnotherapy is used to give the sufferer a wider sense of perception of trauma, rather than staying focused on the negative mental aspects — those that often lead to depression, poor health, and distressing emotions.

Various techniques of self-hypnosis can be taught to people so that they can access and process traumatic memories, thereby reducing spontaneous, inadvertent, and intrusive memories that can lead to the negative symptoms outlined above.

Hypnotherapy is widely used as a form of treating various conditions and symptoms. It’s been shown to be helpful in getting people to quit smoking, overcome anxiety, and relieving pain. As such, it’s safe to say that hypnotherapy can significantly improve your outlook on life, as well as your physical and mental wellbeing.

Victims of trauma who undergo hypnotic trance therapy to deal with their memories and emotions stand to break free from the control that their trauma has had on them. In doing so, they can enjoy significant behavioral improvements.

Perhaps the biggest benefit outside of reducing the symptoms of trauma is the lack of side effects that would otherwise be present if medications were taken instead. Hypnosis provides a safe and effective treatment alternative that many prefer over traditional medical resources.

Deal With Trauma With Hypnosis

It’s important to remember that hypnosis doesn’t work overnight. You need to give your mind and body time to acclimate to hypnotherapy techniques. But you can take the first steps toward healing by training yourself and learning how to control your negative experiences through the power of hypnosis.