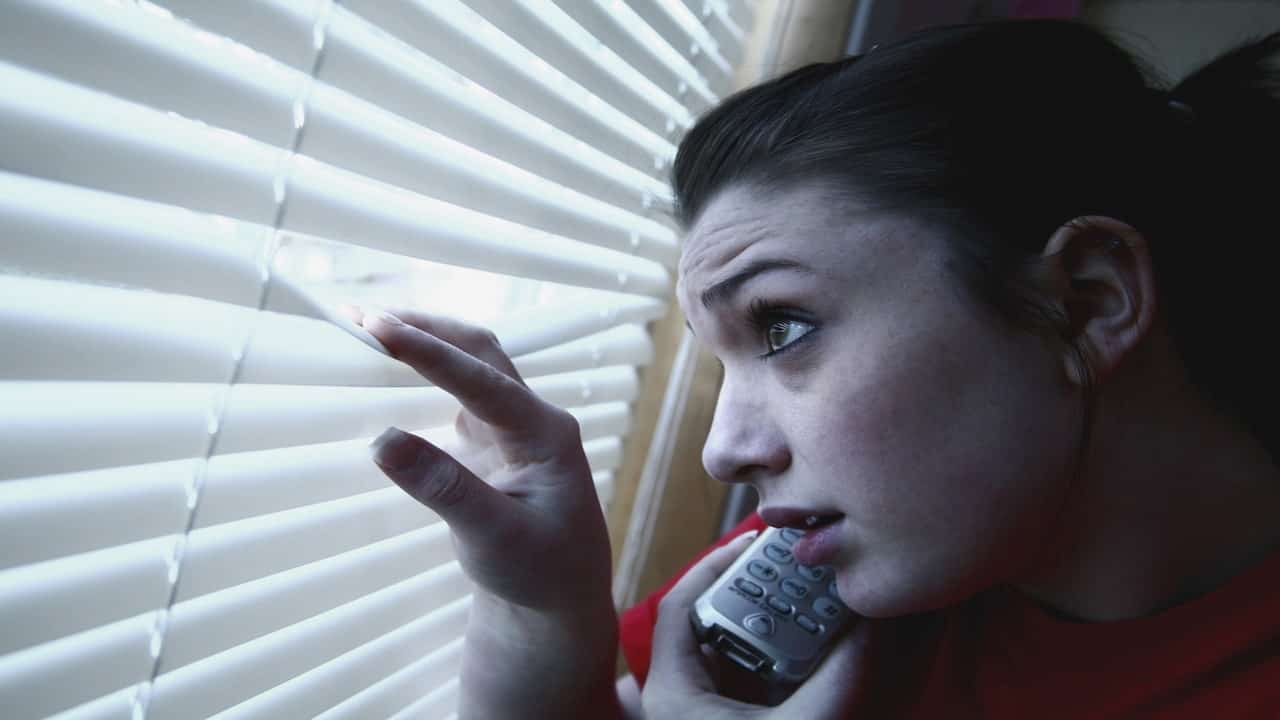 From time to time, we all experience that feeling like someone is watching us. Irrational thoughts and fears are all part and parcel of normal life, affecting different people in different ways.

For some, paranoia and associated anxiety can be detrimental a life-affecting. Of course, the occasional bout of paranoia is no real cause for concern, but constantly thinking the worst and feeling people are out to get you is another matter entirely.

The truth is, paranoia means different things to different people. Paranoid thoughts occur in a variety of different forms and often change based on the scenario in question. Some might feel threatened by suspicious people around them; others may feel more like they cannot trust any other person.

There are also those who spend their entire waking life in a state of fear (see ‘Hypnosis for Fear‘) and emotional turmoil, forced to cope with the crippling anxiety associated with constant paranoid thoughts.

All cases of paranoia are different and present unique issues, though at the same time share many similarities. One of which is the potential for hypnosis (aka hypnotherapy) to be used to overcome paranoia as part of a broader program of support for those affected. Moreover, hypnosis can help you overcome irrational fears as explained in our ‘Hypnosis for Phobias‘ post.

What is the Cause of Paranoia?

Quite often, the biggest challenge for those looking to overcome paranoia is attempting to understand why they think the way they do. Why any given person might actually become paranoid and anxious is often a mystery.

In some instances, it is easy to see when, where and why a patient’s paranoia manifested in the first place. Elsewhere, even the most qualified hypnotherapist may not be able to see any direct cause. Where chronic paranoia isn’t based on any clear issues from the patient’s past, it can be even more difficult to address the problem.

In any case, paranoia has the potential to become a self-perpetuating state of mind. It’s not something you can simply stop at will, given the extent to which it takes a toll on your physical and psychological health. 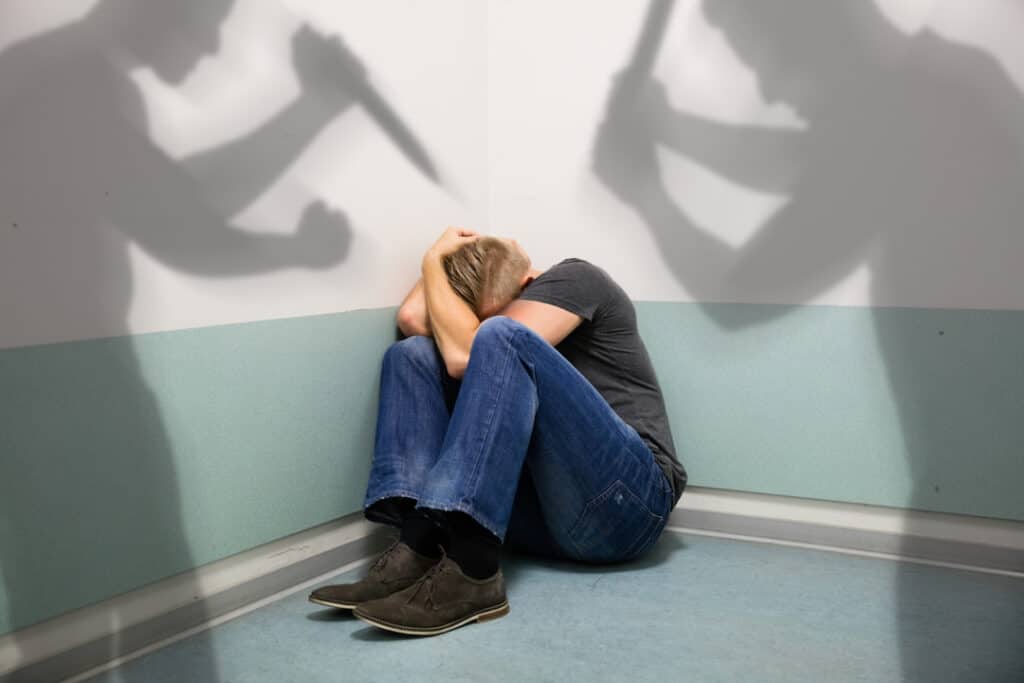 Likewise, the signs and symptoms of paranoia might also differ from one person to the next. Some people who lead a perpetually paranoid life will show no outward indications of the struggles they are facing. Others may try to hide their feelings to please others, though they exhibit behaviors like irrationality, mood swings, depression, and a clear lack of trust for others.

If you’re able to pin down the cause of your problems with paranoia, it’s going to be much easier to address them. But even if you have no idea why you are paranoid and have been for such a long time, hypnotherapy could still help.

Acceptance as the First Step to Overcome Paranoia

Cliché as it may sound, the first step towards a life free from paranoia is to accept that you are struggling with paranoid thoughts. Organizing sessions with a qualified therapist follows later, as you first need to accept the thoughts you are thinking for what they are.

It can be difficult to stop denying what is clearly a major issue in your life, but it is something you need to do nonetheless.

Hence, the first person you need to consult with is yourself. Take the time to step back from your situation and objectively consider your fears and negative thoughts.

What is it specifically you are paranoid about? Are you convinced that other people are out to get you? Do you think you will come to harm at work or at home? Are you unable to see anything positive in other people? Do you worry that people will say negative things about you behind your back? What is the worst-case scenario you think about daily?

To try to put together a full list of all negative thoughts and feelings is inadvisable. As you progress, you’ll constantly come up with new things to worry about that hadn’t actually bothered you before.

Nevertheless, accepting the way you think and acknowledging your issues for what they are is essential. It is only possible to make positive change after you first get to grips with what is holding you back.

Hypnotherapy and Self-Hypnosis for Paranoia

The potential power and effectiveness of hypnosis (and self-hypnosis) for treating paranoia is well documented. Hypnosis works by using guided relaxation, focused attention, and intense concentration to reach a higher state of awareness.

Self-administered or under the watch of a professional hypnotist, patients are trained to reach a state of mind where they are able to tap into and reprogram their subconscious. At which point, past issues can be seen from new perspectives in the pursuit of positive change.

Contrary to popular belief, hypnotherapy is not about instantly alleviating symptoms or curing long-standing health problems. Instead, it’s about empowering people to explore the negative aspects of their feelings, thoughts, and memories that may be holding them back.

And in doing so, it enables them to perceive things differently, adjust their approach to combating their problems and stop dwelling on the inconsequential.

Where paranoia is caused by a past traumatic experience, hypnosis can help a person come to terms with what happened and move on. If paranoia has no discernible cause whatsoever, hypnosis can empower a person to reprogram the voice in their head.

What Are the Benefits of Hypnosis?

What’s particularly useful about hypnotherapy is the way in which it can make a real difference to several other things that often go hand in hand with paranoia. Examples of which include:

Paranoia can trigger or accentuate these and countless other physical and psychological health problems. The more time you spend struggling with feeling paranoid, the more likely you are to experience all of the above.

The healing power of hypnosis can get to work on a near-endless list of problems associated with paranoia. It is readily available, can be self-administered through self-hypnosis (or sleep hypnosis), and is considered safe for the vast majority of patients.

It even has the potential to prove effective where other approaches to treatment may have failed to work.

What Are the Drawbacks of Hypnosis?

The only potential drawback associated with hypnotherapy is the way in which it produces different results for different people. For hypnotherapy to work, it needs to be something you genuinely believe in.

You cannot simply turn to hypnotherapy out of desperation and expect miracles to come your way if, deep down, you don’t actually believe in it.

Likewise, the self-administered approach to hypnosis takes time and effort to master. You can read books on DIY hypnosis, download free audios for hypnosis, and watch tutorials online. But you may still find it necessary to consult with a professional hypnotherapist – particularly if your issues with paranoia are particularly severe.

Either way, it is likely to prove a small price to pay to move on to a life free from crippling stress, free from or anxiety, and free from paranoia.

Empower Yourself with Hypnosis for Paranoia Audio Downloads