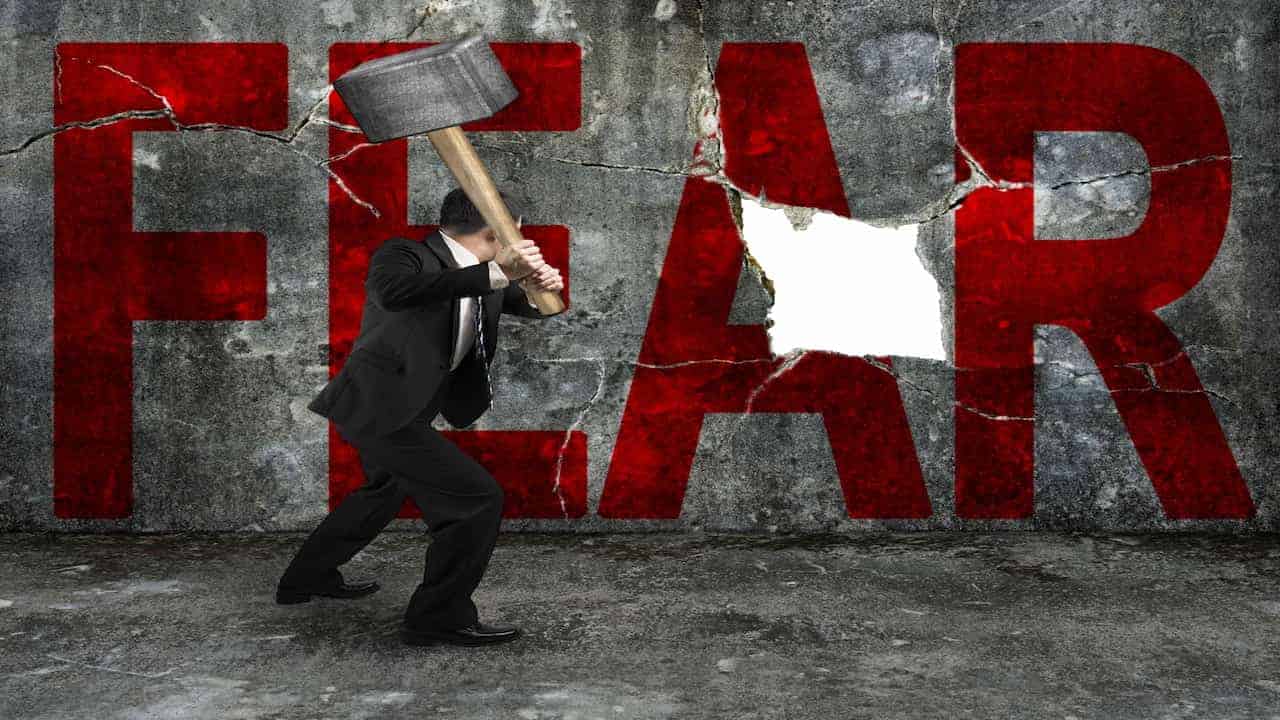 Phobias and fears are not the same things. Drawing distinctions between fear or phobia is something only those with genuine phobias can understand. Fear is something we all experience, which is a natural subconscious response to what the brain perceives as a dangerous situation. Nobody can completely control fear to such an extent as to eliminate it entirely – a life free from fear in all its forms is an impossible goal. Those of you overwhelmed with various fear should not despair – hypnosis can help!

Phobias, on the other hand, are an entirely different matter. Not only is a phobia far more intense than fear, but phobias are also directly associated with anxiety, panic attacks and prolonged stress (see claustrophobia). Living with phobias can mean enduring an emotional and fearful existence, where being scared (often at a severe level) becomes an everyday part of life for reasons which you cannot explain. You can also hamper your own safety when, for example, during childbirth, or surgery, giving in to anxiety and fear.

Attempting to draw defined lines between phobias and fears can be difficult, as the distinction between extreme fear and a phobia is somewhat blurred. Primarily, the distinction lies in the fact that while fear is a normal part of life you have little direct control over, phobias are anxiety disorders that can be overcome with appropriate hypnotic relaxation techniques and effective therapy (see also ‘Hypnosis for Paranoia‘).

One of the main differences between a phobia and a fear is the way in which the vast majority of common phobias are irrational in nature. A prime example of this is being extremely afraid of spiders, despite knowing they cannot hurt you. You may be able to acknowledge and accept that there are no dangerous spiders in your country whatsoever, but you still experience deep and uncontrollable fear the moment you see one.

You could even become anxious and afraid by being presented with a picture of a spider, without having to go anywhere near the real thing.

Fears, by contrast, are more rational in nature. Fear of pain, fear of heights, fear of surgery – all completely rational fears, due to the fact that they do indeed have the potential to cause harm. As you are completely conscious of the fact that these things pose a genuine risk to your health and wellbeing, there’s not a great deal you can do to overcome the fear you feel.

When using hypnosis to heal phobias, it’s perfectly possible to deal with their negative effects due to their predominantly irrational nature. If you can develop the ability to convince your subconscious that they’re not actually as threatening as they seem, you could effectively calm your phobia to such an extent that it no longer has control over your life.

Different people are affected in different ways by the phobias and fears they live with. Clinical approaches to the treatment of phobia also differ significantly from one person to the next, though many people choose not to address their phobias and instead suffer in silence.

While there is an extensive list of many hundreds of different phobias that have been recognized by professionals, all entries fall within one of two brackets – specific phobias or complex phobias.

Specific phobias are those that concern specific and identifiable things that cause fear and anxiety.  Examples of which include animal phobias like spiders, environmental phobias like heights, situational phobias like going to a hospital and bodily phobias like vomit or blood.

Complex phobias are, by their very nature, more difficult to pinpoint to a specific cause and treat. For example, social phobia (also referred to as social anxiety disorder) or agoraphobia (where those concerned may find it difficult or impossible to leave their homes).

Each and every example of a phobia is 100% unique to the individual in question, with unique implications for their lifestyle and wellbeing. The moment anyone believes their life is being adversely affected by a phobia, it is advisable to contact a professional to organize a consultation. Even a quick phone call with a therapist can be enough to lay the groundwork for successful treatment, although it often takes a series of sessions to reach a positive and successful outcome.

The capacity for hypnotherapy (or self-hypnosis) to be used to successfully treat a phobia is often influenced by the cause of the phobia in question. However, research suggests that in most instances, there is no clearly identifiable cause. The patient has no idea how their current fear and anxiety came to be, despite the impact it may be having on their psychological and physical health.

Nevertheless, this does not mean that it is any more difficult to deal with or overcome fear and anxiety that has no immediately identifiable cause. In fact, getting past an irrational reaction to something that has never posed a direct threat to you can sometimes be easier than coming to terms with the aftereffect of a traumatic event.

There’s a big difference between being terrified of the dentist having undergone an incredibly traumatic experience at an early age, or being afraid of the dentist has never had anything other than pleasant and pain-free encounters. If you’ve no identifiable reason to be fearful of something that terrifies you, it can be surprisingly simple to put this fear to rest.

For some, taking control means booking a session with a conventional counsellor, discussing their fears in a comfortable room for an hour or two and deciding on a subsequent course of treatment. For others, nothing works better than a course of hypnotherapy.

“Being able to face your fear either using your imagination or experiencing it first hand whilst remaining calm and in control is empowering and helps you to put the phobia into perspective. A good hypnotherapist will never spring surprises on you and will work gradually with you to build your confidence and resilience.” – a quote from noted hypnotherapist Anne Millne-Riley.

The aim of this kind of treatment is to build important connections between your conscious and subconscious (or unconscious) mind, enabling you to take better control over the way you feel and the way you respond to certain stimuli. Some attend regular sessions with a professional hypnotherapist, while others attempt to master the techniques needed to handle their own treatment at home.

Contrary to popular belief, the aim of hypnosis is not to ‘cure’ anything outright. Instead, it is a gradual process of personal discovery that combines deep relaxation with the ability to distinguish between conscious and subconscious thoughts, behaviors, and reactions. As explained earlier, by promoting relaxation and positive visualization hypnosis even helps to deal with infertility.

Again, hypnosis is not about reaching a state where you are never scared of anything again and live a life totally free from stress. It is a journey of self-discovery – the search for effective ways to redirect your focus and replace panic and anxiety with a state of controlled relaxation.

Can Self-Hypnosis Treat a Fear?

Though the formal medical position on self-hypnosis is somewhat ambiguous, the consensus among those who believe in hypnotherapy, in general, is fairly clear. Ask any hypnotherapist and they will usually tell you that if you can be hypnotized successfully during a professional hypnotherapy session, you can probably hypnotize yourself in your own sessions at home.

To become adept at self-hypnosis is to have every opportunity to live a life free of phobias, extreme fears and anxiety.

Self-hypnosis is not exclusively (or even primarily) about the mechanics and techniques involved in bringing on the desired trance-like state or meditation trance. It’s more about the extent to which you believe in the idea as a whole and convince yourself that you can tap into your subconscious.

Hypnosis for Fear: The Bottom Line

As previously touched upon, fear is a natural subconscious response that prompts a person to take action, in order to safeguard their welfare.  It is an in-built response mechanism that has evolved since the dawn of mankind to subconsciously tell a person when ‘fight or flight’ becomes necessary to stay safe.

Given the fact that fear is rooted deeply in the subconscious mind, it is not something that can be easily controlled or manipulated by most people.  Taking positive and proactive control of fear means finding a way to tap into this part of the mind, which is exactly what hypnosis can achieve.

Through hypnosis, a person can develop the ability to modify and even reprogram their thoughts, feelings and compulsions on a much deeper level. Links can be created between the various levels of the conscious and unconscious mind, enabling direct control to be taken over feelings like fear.

While hypnosis doesn’t quite make it as easy as ‘flipping a switch’ to turn fear on or off, it provides people with the opportunity to live a life free from the kind of fear that may otherwise take control of them.